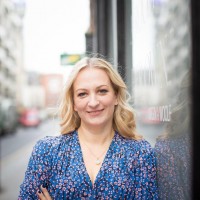 Prior to establishing my business, I was a M&A Partner at Deloitte and worked in the professional services industry for 18 years. I led projects internationally and for some of the biggest global companies managing large and cross-border teams. Over my M&A career I worked on over 200 deals and experienced periods of intense stress and celebration. I have experienced my own career transition as I was promoted to partner whilst on my second maternity leave in 2014.

​In addition to my M&A role, between 2015 and 2018, I was a Talent Partner with the HR responsibility for a team of nearly 200 including setting reward strategy, promotion decisions, handling retirement transitions, headcount management and recruitment, monitoring performance plans, executive coaching for director candidates and running wellbeing and women in leadership programmes. It was through my Talent role that I developed a strong interest in people, what makes people successful and fulfilled versus stuck and unproductive. It was through my observations that I began to understand the power of coaching for leaders, to increase awareness and create compelling visions.

I now run Elevate Her providing executive coaching and mentoring programmes to organisations and individuals. I am regularly in supervision and maintain my standards in line with the EMCC Code of Conduct.

I am yet to post any case studies. Please check back later.

I am yet to post any courses/workshops. Please check back later.

I have not been reviewed yet. Be the first?

I have not yet reviewed any books.