Luke’s journey into NLP started in 2004, when he attended Anthony Robbins’ seminar in Singapore. Although it wasn’t, strictly speaking, an NLP seminar... 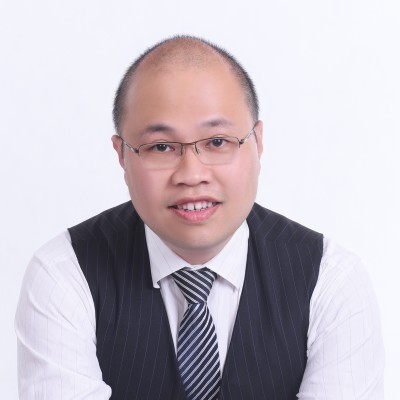 Luke is the ANLP International Ambassador for East Malaysia.

Luke’s journey into the world of NLP started in 2004, when he attended Anthony Robbins’ Unleash the Power Within seminar in Singapore. Although it wasn’t, strictly speaking, an NLP seminar, it was enough to make Luke want to deep dive into this field when he realised he could actually reprogramme his mind and behaviour rapidly.

Luke started reading books by Steve Andreas, Richard Bandler and many others but instead of understanding more, he ended feeling more confused! That was when he decided he had to enrol in an NLP Practitioner certification course. Suddenly, the ideas that once confused him took flesh and he found himself actively doing it. Simply put, it was absolutely amazing.

Armed with his knowledge in NLP, he started helping people to overcome their emotional challenges. Seeing people achieving breakthroughs became really addictive! So much so that he decided he would venture all the way to become a certified NLP trainer and start training others in this powerful skill.

Luke became the first certified NLP trainer in East Malaysia in 2016 under the tutelage of Dr Richard Bolstad in New Zealand in 2016. Upon returning to Malaysia, he wanted to look for an external body to accredit his certification. That was when he was introduced to ANLP and subsequently became an ANLP Accredited Trainer.

Since then, Luke has conducted 9 batches of NLP Practitioner and 1 batch of NLP Master Practitioner. He has also presented his approach to facilitating a belief change at The International NLP Conference in London in 2019.

Luke has a weekly Live show, aptly named The Luke Bong Show, that is broadcast on Facebook Live, YouTube Live and Periscope every Friday. It helps Luke introduce his work to a global audience.

Being an ANLP Ambassador is a great honour for me because I believe strongly in the vision and mission of this wonderful organisation. As an independent body, ANLP is committed to upholding the spirit of NLP without fear or favour. It is also a great opportunity for me to reach out in this region and share the goodness of NLP as a body of discipline that continues to push the boundary of this field.