As an NLP Master Trainer Dr. Tad James brings over 35 years' experience as a pioneer and transformational leader in the field of NLP. 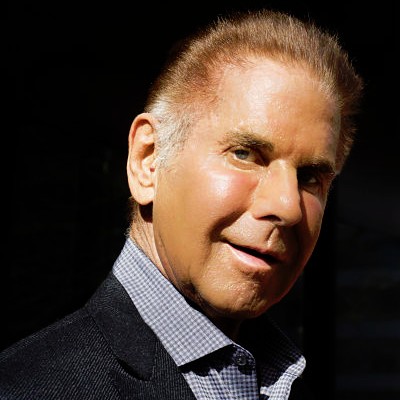 As an NLP Master Trainer, Dr. Tad James brings over 35 years' experience as a pioneer and transformational leader in the field of NLP.

Attractive and charismatic with a profound ability to bring out the best in people, Dr. Tad James is a staunch believer in the inexhaustible inner potential of human beings. He is an exciting, dynamic transformational seminar leader, and a pioneer in the field of NLP.  Tad is the creator of a revolutionary new paradigm for human change known as the Time Line Therapy® techniques. He is the author of seven books and numerous audios and videos in the field of NLP, including the Best Seller “The Secret of Creating Your Future®”.

While doing business consulting he realized he could not help everyone he wanted. Even if his Masters Degree was in Mass Communication, he found something missing in the art of communication between humans. He began to research on powerful ways of communicating and creating change in people and organizations, and this led him to NLP. He was made the second NLP Master Trainer by Richard Bandler, one of the founders of NLP and Tad quickly recognized the value of high involvement and shorter trainings.

In 1988, his research became more widely known with the publishing of his first book, Time Line Therapy® and The Basis of Personality. Since then, Time Line Therapy® techniques have become a major modality for creating powerful change in business, education, and therapy. Time Line Therapy® utilizes a person’s own internal “Time Line” to work with their unconscious minds in a variety of ways; including, healing emotional traumas and eradicating unwanted thoughts, emotions and behaviours.

Tad James has been teaching NLP, Time Line Therapy® and Hypnosis for over 25 years. He is the president of the American Board of Hypnotherapy and served for over ten years. Actors James Brolin and Linda Gray loved his work so much they hosted an infomercial along with Tad back in 1994 that sold The Secret of Creating Your Future® via audiotapes. Dr. James has also written 7 very successful NLP books.

In addition to his interests in NLP and Hypnosis Training, Tad is a student, researcher and respected teacher of the healing and shamanistic science of Hawaiian Huna. His two books entitled The Lost Secrets of Ancient Hawaiian Huna, were published in 1998.

Since 1992, Tad has appeared on hundreds of local and national television programs throughout North America, Europe, UK and Australia sharing his breakthrough techniques and empowering his students.

Throughout his career Tad had only one dream: to empower people to find their best potential inside themselves and together to “Transform the Planet”. In the thirty-five year period between 1982 and 2017, Tad has travelled extensively teaching trainings and seminars in the US, Canada, UK, Europe, Asia and Australia, sometimes being away from home 11 months per year.

Since 2001, Dr. Adriana James, M.A., Ph.D. joined him in his work, and together they founded The Tad James Co., one of the world’s leading and most innovative NLP companies. The couple quickly emerged as a dynamic team, and together they developed new techniques and paradigms for prosperity, health and success. Their legacy of life focuses on the success and accomplishment of all their students.