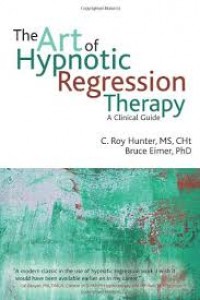 The Art of Hypnotic Regression Therapy

Hypnotic Regression Therapy, or HRT, is a type of hypnotherapy in which, following the induction of a good trance state, specialised suggestions are given to guide the client in reviewing and emotionally reframing earlier experiences that have either caused or contributed to the client`s current symptoms.

HRT is considered one of the most valuable hypnotherapy techniques available today, yet it remains controversial, partly due to inadequate training of psychotherapists and hypnotherapists which has contributed to numerous cases of false memory syndrome.

In spite of the controversies, hypnotherapists successfully use regression therapy to discover the core causes of a number of problems and help clients release their emotional attachments to those causes. This volume removes the fear of the dangers of mishandled hypnotic regression by presenting an organised, client-centered approach. You will learn when and how to use HRT effectively to help clients discover and release the causes of their problems and symptoms.

The authors emphasise the importance of avoiding inappropriate leading and how to explain the risk of false memories to clients. They also clearly address the controversies about false memories and the handling of the emotional release that usually occurs during hypnotic regressions.