Back to Best Practice 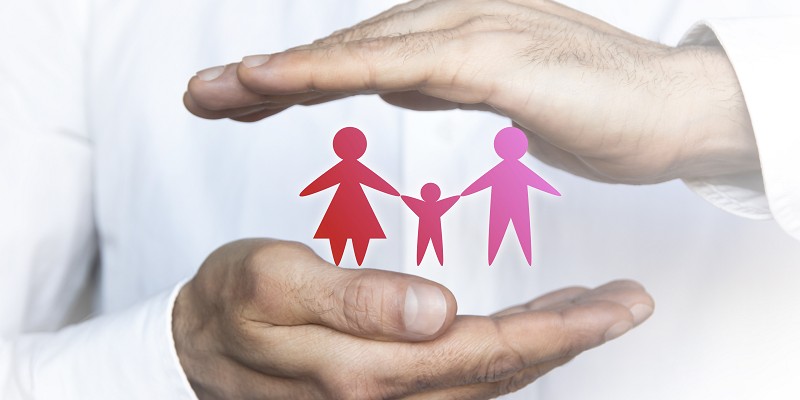 Share Tweet LinkedIn Pin
Note for ANLP Members: ANLP has partnered with Virtual College to offer a discounts on Safeguarding courses with Virtual College. To take advantage of this benefit, please login and use the discount code located in the Members only area – Member Discounts.

What are the 6 Principles of Safeguarding?

Safeguarding children is a phrase most people will have heard of but may find it difficult to define as it is such a broad topic. The Working Together to Safeguard Children 2013 guidance by HM Government provides an explanation which can be expanded to suit a wide range of environments.

Working Together to Safeguard Children: “Safeguarding children - the action we take to promote the welfare of children and protect them from harm - is everyone’s responsibility. Everyone who comes into contact with children and families has a role to play”.

How and why were the 6 principles created?

The Care Act 2014 is a piece of government legislation that deals with protecting and safeguarding adults. It’s a broad ranging document that considers both carers and those who require care, and when it came into force in 2015, it replaced much of what had gone before. As part of this, the government issued six principles of safeguarding, which are the important elements of any good safeguarding policy in any organisation, business or even community. While the Care Act, and the principles, are primarily focused towards safeguarding adults, many of the themes are also appropriate when it comes to protecting children from abuse, neglect and harm too. In this article, we’re going to go through each of the principles, explaining a little about what each means in context, as well as giving some examples of where they might apply.

Empowerment is recognised as one of the most important elements of safeguarding, and one which was traditionally missing from legislation and guidelines around protecting vulnerable people in the past. Empowerment is all about giving individuals as much freedom and power over decisions made about themselves as is reasonably possible. It’s very important that even those who are vulnerable are able to have an influence on how they are treated, which ranges from ensuring that they have given consent, to giving them choices about how they might want to deal with a situation, or approach their safeguarding needs in the future.

Empowerment isn’t always easy depending on the care environment, but those who regularly ensure that they’re keeping people they care for informed, and consult them wherever possible, are appropriately following this principle. As care pathways develop, it’s likely that empowerment will become increasingly important, with more options given to vulnerable adults.

It’s also important to remember that empowerment isn’t just about giving a person choice; it’s also about giving them the confidence to make those decisions. This comes about by giving people strong support, and reassurance, and ensuring that they have all of the information that they need to come to a decision.

Preventing neglect, harm and abuse is the core function of safeguarding, which makes prevention of course the most important element of safeguarding. It is far better to take steps to prevent such issues occurring rather than dealing with the situation when they do. Just as with healthcare and medicine in particular, outcomes are far better when issues are prevented altogether.

Prevention can be achieved through numerous methods, but excellent foresight and planning is of course essential. Organisations that have a sound safeguarding policy in place will be able to do a lot when it comes to identifying risks before they become an issue. If we think about security in a nursing home, for example, prevention of unauthorised access or exit to or from the premises is hugely important, and doing so correctly will ensure that a large number of safeguarding risks never become a problem. Putting locks on doors, keeping visitation records, and issuing visitor passes would all be examples of preventative safeguarding measures in the context of premises security.

Protection refers to the core act of giving vulnerable people care and support when they need it. From physical to psychological abuse, the Care Act insists that those who deal with safeguarding be fully ready to give people protection. Policy is important here, because individuals need to know what the correct protective response is to the situation - how is abuse stopped? How is neglect stopped? Anyone working with vulnerable adults should know either how to protect those that they care for, or which authority to go to in order to get support for this.

This is one of the more serious elements of safeguarding, because it sometimes requires significant action - even prosecution of those at fault in some cases.

There is no one-size-fits all approach to safeguarding, particularly as many elements of it are hugely sensitive in nature. As a result, proportionality is considered an element of safeguarding, meaning that it’s important that every case is dealt with individually and with all the facts taken into account, without excessive intrusion. This is true both when planning preventative safeguarding measures that involve a particular person, as well as dealing with problems or dangers that may have arisen.

Proportionality is especially important when dealing with friends and family. Where neglect, abuse or harm is suspected to be occurring within a family, it’s very important that the response is correct. Excessive reaction to the situation can sometimes cause more harm than good, which is why proportionality is seen as being very important for care workers and other people working for local authorities. Those who work on the front lines of care, such as someone working as a carer for the elderly, may not be directly involved with the response to an issue of safeguarding - their remit may be primarily in regards to reporting - but this doesn’t mean that they don’t need to be aware of this principle.

Safeguarding should be a communal process rather than being the sole responsibility of certain individuals. There are many reasons for this, with the most important being that safeguarding is simply more effective where partnerships are created and incorporated into practice.

Where the community is more involved, it’s more likely that those who deal with safeguarding will be effective in their roles, and ultimately, neglect, abuse and harm is less likely to happen and is more likely to be discovered.

Safeguarding doesn’t always involve people who spend most of their time in care. Vulnerable adults may only have limited contact with those who are mindful of safeguarding, which means that it’s really important for safeguarding staff to build partnerships and relationships with other people that the individual does come into contact with. The better linked everyone is, the more effective the service.

This leads on to the next point, which is that partnerships should form between services too. Safeguarding is something that care workers, healthcare workers, social workers and others have to think about, and where their clients and patients overlap, it’s important that information is shared and actions coordinated for best effect.

Following on from the communal aspect of safeguarding is accountability. While named employees are responsible for safeguarding, it’s up to everyone to do their part. Anyone relevant should be accountable for the role they play in safeguarding, and responsibility should not be shirked. In more serious cases where neglect, abuse or harm has occurred, authorities and the courts can become involved, which means that it’s incredibly important that all processes are documented and responsibilities are clear. Where people are not accountable, policy can be ineffective.

Related to this is the issue of transparency. All actions pertaining to safeguarding should be made clear to relevant authorities, and parties involved should be kept informed too. While information is often sensitive and needs to be managed properly, it should not be inaccessible to those who should have it or need to have it.

If you feel you need more information about safeguarding, or would like more formal training on the subject, then consider taking a Virtual College course. As safeguarding training experts, they have a number of online safeguarding training courses to choose from, which can be viewed here. they are very pleased to be able to able to offer a wide array of relevant courses, including those that deal with both adults and children, as well as many issue-specific programmes. 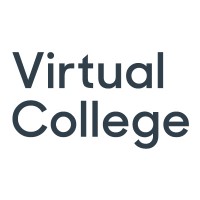