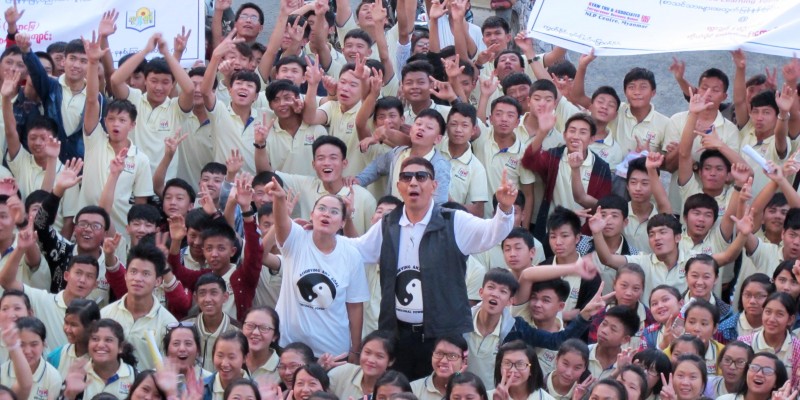 Tai Khamtis are one of the smallest ethnic groups, with a populations of 15,000, in danger of extinction in future. The younger generation were losing interest in the community and moving out to greener pasture. There were not enough people to maintain the ethnic community, literature and culture. Even more importantly, people in this area are mostly opium-addicted and inter-marriage is still common, so brain development is limited and teenagers are not well-exposed, being too shy to come out and speak in front of the public.

With 10 volunteers, Peter Shan managed to change the lives of hundreds of young people, who had limited personal development knowledge and who were normally timid and shy. After 3-days of training, boys and girls in their early twenties stood up to commit that they will shoulder the older generation’s responsibility and strive to maintain the sustainability of community, literature and culture at large.

The impact was really huge. The most timid and shy boy aged 15, who had never spoken since he had arrived at the orphanage, started speaking at lunch on the second day and on the third day, he even got onto stage and danced confidently.

The whole group, with their newly discovered empowering attitude to be proactive, started to raise funds for youth activities which will support the sustainability of the Tai Khamti Community and maintain the literature and culture in the long term.

They travelled to the villages to uplift the spirits of the people and motivate the high school students to rise up to be excellent and to look after the community in future. Peter Shan was well appreciated by the Community Leaders and a testimony was offered and invitation for next year volunteer training visit was extended.

The school principal wrote that with Peter's help, they achieved thier outcomes by ensuring the 700 students and 35 teachers understood Accelerated Learning and Well Formed Outcomes. The Teachers were convinced that Well Formed Outcomes and other NLP Tools enabled the students to make the break throughs. 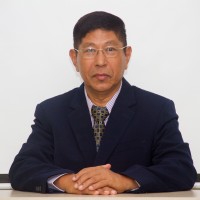