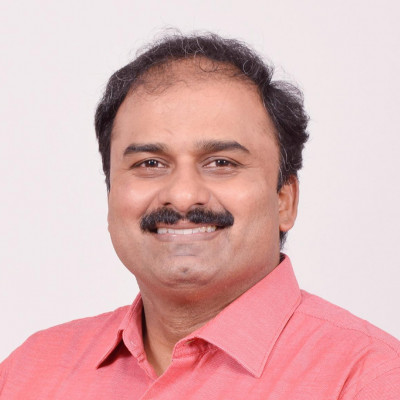 Arul Subramaniam is the co-founder of Master Yourself Academy (www.masteryourself.in) along with Narmada Rao. He is a quick-witted coach...

Arul Subramaniam is the co-founder of Master Yourself Academy (www.masteryourself.in) along with Narmada Rao. He is a quick-witted coach and a genius when it comes to making learning creative and fun.

An ANLP recognised Master Trainer, he comes with over 16 years of experience. He has supported at least 10,000 individuals from more than 50 countries, in helping them discover their inner potential through training and coaching. He specialises in dealing with clients from diverse backgrounds and wide-ranged age-groups from kids to adults.

Outside of the NLP training, he has co-founded an organization called Brainobrain Kids International, which is a skill development program for kids from 4 to 14 years of age. He holds 2 Guinness Book of World records to his credit. Brainobrain has its presence in 70 countries across the world. And his motto is to empower children and women to be the leaders of the future. Brainobrain is a pioneer to impart NLP skills to children from a very young age. Arul designs the course that is imparted to over 200,000 kids from across the 70 countries.

His NLP journey started way back in 1997, when he was in college. He was fascinated by how one could make a difference to others without giving any suggestions whatsoever. It was a new way of thinking for him that people can be empowered to change long-held beliefs and habits almost instantly by building awareness through NLP. From then on, there has been no looking back. He has learnt NLP from Sue Knight and worked closely with her since 2005. He has also learnt Provocative Coaching from Frank Farrelly.

A man with immense compassion and kindness, he believes that people should be treated with dignity. He says it is important to meet people where they are! They need to be empowered by celebrating excellence rather than pointing at their mistakes. He feels that people do what they do based on their current understanding in life. If their understanding expands, so will their choices, thereby making them be better versions of themselves.

Arul has frequently been invited as a speaker on National television channels in India on various topics related to mental health, parenting, and NLP. He has also been invited as a guest speaker on several international radio channels for the same. A man of varied interests, he loves singing, dancing, and has done cameo roles in Indian Cinema. He also enjoys occasional painting. In a nutshell, he loves modelling any form of excellence that he sees in people around him. And it’s fun to watch him in action as he does that, adding new skills to his repertoire regularly.