Rita is the ANLP International Ambassador for Portugal and 2019 NLP in Education Award winner. 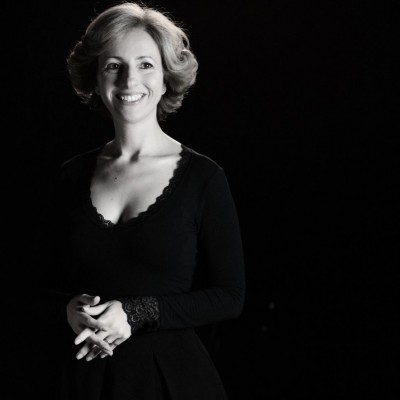 Rita Aleluia is the ANLP International Ambassador for Portugal, the NLP Specialist Envoy for Parenting and the winner of the 2019 NLP in Education Award.

Rita is passionate about Communication, Connection and Creativity!

Rita had not finished her degree in Communication Sciences when she embraced the mission of being a journalist. She grew in several newsrooms, always believing that she could and was going to change the world through journalism.

Rita found herself taking the role as Economics section editor at the Jornal Notícias da Madeira. At the same time, she launched the radio program "Ser Criança" (Being a Child) at TFS M, where she addressed the issues of Parenting and Education. Her last newsroom was at the TV channel SIC, in 2010, when she decided to give a new meaning to her life and to start communicating in a totally new way.

She dug deep into NLP and moved to Venezuela where she worked mainly as a coach in Parenting and Education and also supporting SMEs led by women entrepreneurs (an activity that she also developed in Miami).

Rita is very vocal on social media and wants to encourage the NLP community to reach out to as many people as possible on the benefits of NLP.

ANLP has the energy to drive NLP forward and the Ambassadors help them do this.  It is my pleasure to be part of this Association that supports me to carry my message forwards.