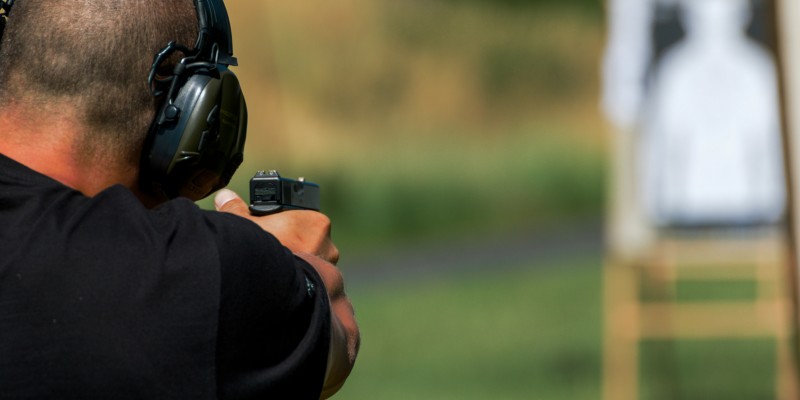 Due to the nature of the situation, some details are omitted, even though I have permission from the client to explain the situation.

The person was a marksman, with numerous medals from international competition. He needed one more medal in the Commonwealth Games in Glasgow in 2014 to equal a particular record that he wanted to achieve. He was reaching an age where it was obvious to everyone that this would be his last realistic attempt to win a medal.

Having just about reached the final (he shot poorly by his standards), he asked to spend some time with me in the 45 minutes available between the qualifying round and the final. He was, understandably, feeling the pressure, wanting so much to do win a medal, and knowing this was almost certainly his ‘last shot’ at doing so.

We found as quiet a spot as we could, given that it was the Commonwealth Games! We sat on a bench by an outdoor café on the outskirts of the venue. Having worked with him several times previously, we quickly got down to business. He wanted to feel confident during the final. We did the NLP ‘Resource Anchor’ process, lasting around 20 minutes, including the essential mental rehearsal afterwards. This mental rehearsal proved invaluable as it aided him to recover from a poor shot at a crucial point in the final.

The client won a medal; words cannot describe the impact on his and his family, achieving such a goal having devoted so much time and energy to it. He writes:

With Jeremy’s support, guidance and knowledge I was able to handle the intense pressure of being 60 and going into my final Commonwealth Games (Glasgow 2014), knowing that it was ‘now or never’. Although I did not shoot particularly well in the qualifying round, I managed to reach the final, and Jeremy helped me to really focus and relax before the final and win the coveted 18th medal (a bronze) to equal the record.