Charles W. Faulkner is an internationally recognised cognitive-behavioral modeler, speaker, innovator and trainer specialising in situation analysis and decision-making under uncertainty and complexity. 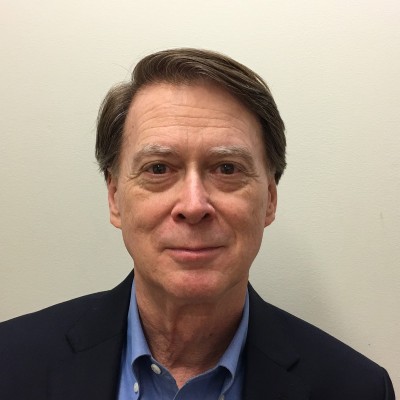 Charles W. Faulkner is an internationally recognized cognitive-behavioral modeler, speaker, innovator and trainer specialising in situation analysis and decision-making under uncertainty and complexity. He is also a program and product developer and a noted author. He consults to individuals and executives of privately held firms and corporations on forms of influence, human decision-making, the human factors in risk management, leadership and change management. An NLP innovator and trainer, he studied with all of the original co-developers of NLP, and is one of only ten trainers certified by Steve and Connirae Andreas’ NLP Comprehensive. He is a founding member of the UK NLP Research and Recognition Project.

He is a principal in Influential Communications, Inc. His modeling projects include: medical and financial decision making, metaphoric identity and change, software development, and market wizards - which is featured in publications from “The New Market Wizards” (1992) to “Trend Following” (5th Edition 2017). He is the co/author of ten titles including “Metaphors of Identity” (1991), the book “NLP: The New Technology of Achievement” (1994), the systemic NLP change game “Trimurti” (2001), a new model of Influence (2002), and his reorganization of NLP with his Immersion method (2004). He precipitated a revision of the NLP idea of chunking into scope and category in 1991, and initiated a new investigation into metaphor with his series of programs on that topic. He is the former Director of Programs for NLP Comprehensive. He is a Diplomat of NLP granted by NLP International for his numerous contributions to the field, and the keynote speaker at the 2010 IASH Conference.

Charles applies language-based tools to discovering the mix of analytic and emotional skills required for superior situation analysis and decision-making and action. His early work with futures traders is featured in interviews in books and journals including The New Market Wizards (1992) and The Intuitive Trader (1996), More recently, he contributed to the book Trend Following (2004) and the May 2005 issue of SFO. He is an invited speaker at professional associations including the CBOT, the FIA, the BPMG and others.

He is best known for his cognitive-behavioral modeling of exceptionally talented individuals and groups. His projects include: a qualitative analysis of physician decision strategies used by 3M to market a prescription medicine, a re-modeling of an object-oriented software testing designer’s methodologies for Hewlett-Packard that reducing training time from 5 days to 3 hours, a corporation’s culture building processes for IBM’s ETc business unit, and the decision strategies of a number of international ‘market wizards.’

Charles is the trainer and the co-author of the book NLP: The New Technology of Achievement as well as the Nightingale-Conant audio program of the same name and the subsequent programs Success Mastery, Creating Irresistible Influence and the video NLP in Action. He has also produced an audio series of his lectures on how the metaphors of identity in individuals and organizations influence their values and actions, and how specific language influences action. He combined his knowledge of NLP and systems dynamics to create the coach tool and change game Trimurti.

Charles continues to explore both the past and the future of the various forms of human consciousness. His latest work is investigating both the history of rhetoric and the increasing effects of technology.