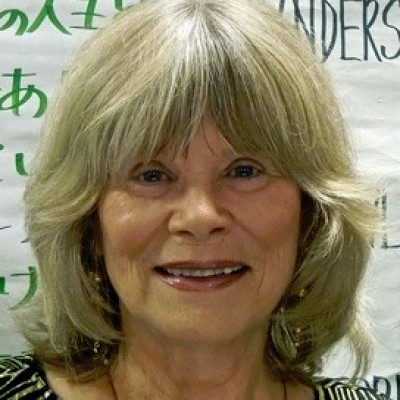 A dynamic teacher recognised for her integrity and for the sense of discovery and fun she brings into the learning environment.

As a seasoned and respected international trainer, Christina Hall began her NLP training 40 years ago with the NLP Co-Developers and became an NLP Trainer in 1980, followed by certification as a Master Trainer in 1985, and a Meta-Master Trainer awarded to her by NLP Co-Developer, Richard Bandler in 1991. She is the only person in NLP to have achieved this level of certification. She spent 10 years working and teaching together with Richard Bandler.

Christina is a dynamic teacher recognised for her integrity and for the sense of discovery and fun she brings into the learning environment. She has dedicated her professional life to advancing the field of NLP, inspired with a passion for supporting people in the accomplishment of their most meaningful goals to in ways that enrich their lives and relationships with others. She has developed an unparalleled system called “Poly-Contextual Models™” in which the underlying organizational processes and “meta patterns” are applicable to any presentation on any topic to any audience, group or individual.

Her training emphasizes a systemic, process-oriented, purpose-based and integrated approach to learning and training. She is widely acclaimed for her work with the structures of time and her mastery and advancements in the area of language patterning. She collaborated with Bandler to produce some of the outstanding developments of the 80’s, including sub-modalities, the Swish Pattern, temporal language patterns and verbal swishes, and some of the Sleight of Mouth Patterns.

Christina has presented workshops throughout North America, the United Kingdom, Europe, Australia and Japan. During the early 90’s, she was part of a 4-person team that developed and successfully implemented “Comprehensive Trauma Therapy Intervention"  in Croatia.  This was a humanitarian project for victims of war, jointly sponsored by the German and Croatian Governments.

Since 1983, Christina has been an owner and President of the Society of Neuro-Linguistic Programming, the original NLP certifying organisation established by Bandler & Grinder. She is the Director of The NLP Connection. In addition, Christina is also a Licensed Psychotherapist, a Certified Hypnotherapist and earned a Doctorate in Psychology and Neuro-Semantic Linguistics.