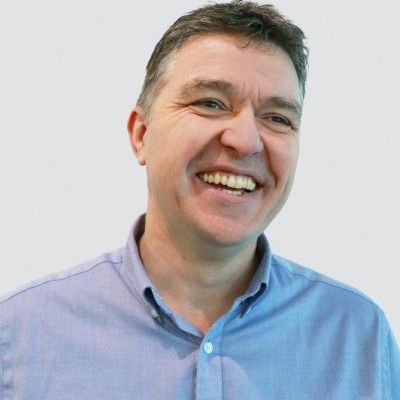 Neil is an inspirational trainer with a gift for helping his students to apply the complex tools of NLP in a practical and pragmatic way.

Neil Almond is the NLP Specialist Envoy for the Public Sector.

Neil is an inspirational trainer with a gift for helping his students to apply the complex tools of NLP in a practical and pragmatic way.

He is an ANLP certified Master Trainer and a highly experienced international coach and consultant. He was winner of the NLP Making a Difference Award at the 2017 NLP Awards (part of the ANLP sponsored 2017 International NLP Conference).

Neil has worked at the highest levels in business, charity and government – including facilitating sessions in 10 and 11 Downing Street for both Tony Blair and Gordon Brown  and working with industry leaders such as Sir Richard Branson and Anita Roddick.

Having served his Master Trainer apprenticeship with John Seymour, Neil is now lead trainer and head coach for both 91 Untold and JSNLP.

In the Middle East Neil is also known as the on-screen Success Coach for Stars of Science, a pan Arab reality TV show.

Outside of the training and coaching world, Neil is perhaps best known as the founder and Chief-Executive (1999-2008) of innovative youth charity K-Generation. Founded with a mission to apply entrepreneurial thinking to the youth sector, K-Generation (or Kikass as it was affectionately known) fast made a name for itself by using guerrilla and viral marketing techniques to breathe life into complex social issues. Kikass is still regarded by many as one of the most successful deliverers of coaching and personal development experiences to young people.