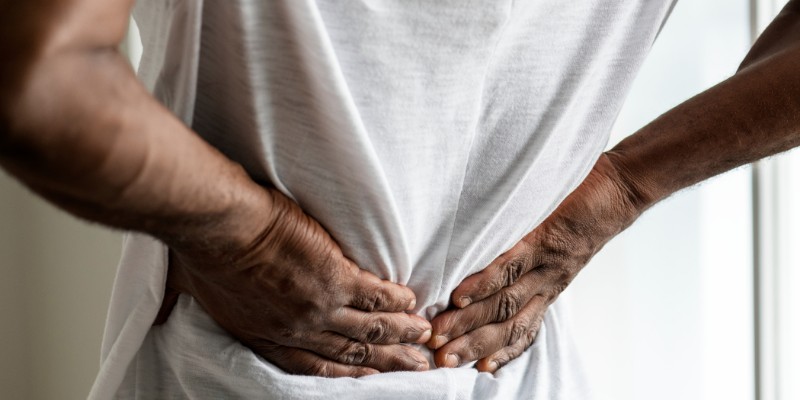 The client had been experiencing painful and frustrating sciatica for over two weeks, a recurrent nerve condition, the extremities of which were felt in the lower back. Pain medication had been having no positive effect.

The "nerve-shredding" pain was affecting both his working and non-working life. His job is a physically exerting one, involving a great deal of running around and lifting heavy crates. Sciatica was impeding his movement considerably, exacerbating mental stress.

We worked repetitively on pain control with modalities until this resulted, he said, in the “suggestion of a shift”. We then methodically worked through past memories, investigating possible connections to the focus of the pain. As a result we were able to identify such connections as possible roots of the problem, as responses to overstimulation.

The 'mental' aspect of his 'physical' pain surprised him, and being able to recognise this empowered him to feel he could simply choose not to over-stimulate himself at work in the future and thus stave off further strain on his body.

After finishing the session he commented that he felt better, that some sort of weight had been lifted, and he was indeed feeling distinctly less nerve-related pain. The next day I received a text from him in a state of almost disbelief saying that though the sciatica was still there, but it was, after two weeks of pain relief drugs and no relief, far milder and felt as a result far more manageable. He was “on the mend”.

Due to the significant work we did on unconscious past memories, which gave clear and concise recognition of where such stress had its source, the client said he was now much more mindful of not putting unnecessary pressure on himself at his job and personal life and to work at a much calmer pace, the benefit of which was "immediate".