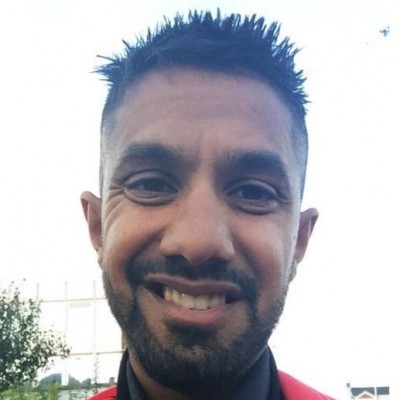 Jaffer is the ANLP Regional Ambassador for Lancashire.

“Do as much as you can, help as many as you can”. This was my life motto back in 2004 when I started my local youth group as a participant. Little did I know that some 11 years later, those words would be pivotal to my NLP journey!

When I started my NLP journey back in September 2015, I had no idea the power, impact, affect and effect it would have on my life and those around me. Since then, there have been many ups and a few downs and NLP has helped me and those around get me through those times; rejoicing in the ups and providing support through the downs. I started my NLP journey at the same time as setting up my own charity and the learning from the programme ensured that I was able to support our staff, young people and supporters during times of change and challenge. It was in 2016, part way through my Practitioners that I realised that long term what I would love to do is deliver NLP programmes primarily within South Asian communities (as I think there’s a real gap in the “market”). I also began thinking about how I could support colleagues in and around the youth sector to support themselves and in turn the communities they work with to know how to have more good days.

2017 and the Master Practitioners Programme really bought home the most valuable aspect of NLP training – and that is that NLP, if delivered ethically was done so from a place of care and love. Yes, tools and techniques were being shared and yes the environment was one of formal training; ultimately though it because of the love and care shown by the trainers and the many assistants (which I have modelled my assisting duties of!) people felt safe to be themselves (finally!) and had the opportunity to deal with stuff that had, for many of us, been a part of our lives for so long.

Over the last 3 years, assisting on the many courses that I have has given me a greater insight into the content in its fullest and purest forms. I’ve also witnessed how people experience the course both in the present, as well as reflecting onto the past to lay to rest some of the “stuff” they dealt with as youngsters and into the future and visioning themselves as capable, competent and confident practitioners of NLP. Assisting and watching you my trainers deliver phenomenal life changing material has inspired me to know that that is what I want long term with the tools and techniques they’d like.

The new decade has allowed me to start new chapters with NLP – in 2020 I became a regional ambassador for ANLP. In this role I look forward to sharing the power, impact, affect and effect of NLP (when done ethically) to many more people across Lancashire. In 2021, I hope to become a certified trainer and will be begin my trainers journey supporting the learning and development of people across Lancashire and perhaps beyond! Both of these new chapters will enable me to do the things that I’ve become more and more passionate about over the years – doing as much as I can and helping as many I can!