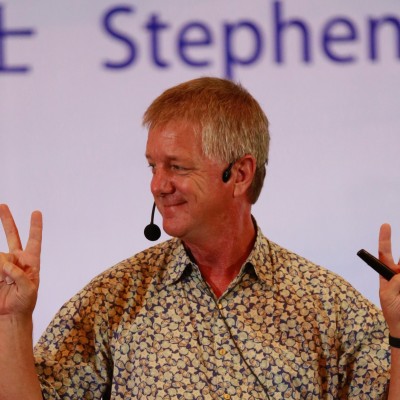 Stephen Gillian is a Psychologist in Encinitas, CA. He received his psychology doctorate from Stanford and became a teacher and practitioner of Ericksonian hypnotherapy.

Stephen Gilligan is a Psychologist in Encinitas, CA. He was one of the original NLP students at UC Santa Cruz; Milton Erickson and Gregory Bateson were his mentors. After receiving his psychology doctorate from Stanford University, he became one of the premier teachers and practitioners of Ericksonian hypnotherapy.

In 2004, he received the rarely given Lifetime Achievement Award from the Erickson Foundation in honor of his many contributions. This work unfolded into his original approaches of Self-Relations and Generative Self. Over the past ten years, this has been further developed with Robert Dilts into the International Association for Generative Change (IAGC), a group that focuses on generative change, in areas that include therapy, coaching, group collaboration, and creative trance work.

He has taught in many different cultures and countries over the past 30 years, and has published extensively. His numerous books include “The Hero’s Journey: A voyage of self discovery” (co-authored with Robert Dilts).the classic “Therapeutic Trances”, “The Courage to Love” “The Legacy of Erickson,” and “Walking in Two Worlds” (W. D. Simon). His newest book is “Generative Trance: The Experience of Creative Flow,” and he and Robert Dilts are co-authors of the forthcoming “Generative Coaching”.