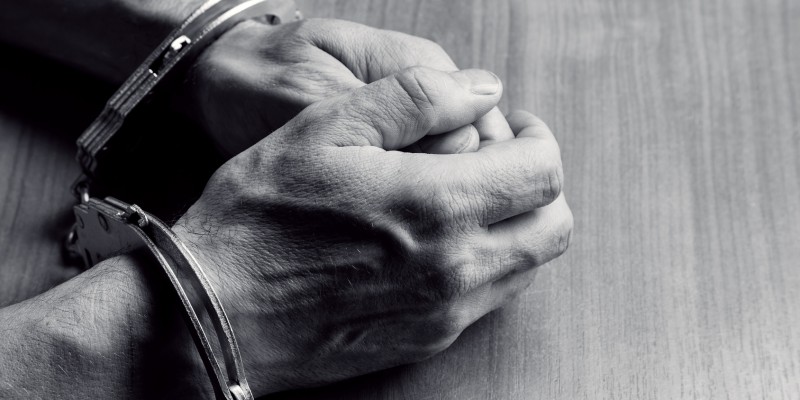 His class consisted of nine inmates, all aged between twenty-two and forty-five, men who had committed crimes from drug dealing to armed robbery. He used various processes from NLP. However, he found greatest success in perceptual positions, particularly with one inmate who struggled with the constant rejection from the parole board. Due to confidentiality we will call him John.

John came to George's class because he got paid to and because he wanted his attendance to be noted on his file so that it would strengthen his case when he next went up for parole. John made most conversations and activities about his parole. Although a calm jovial character, at times John became physically animated as he described the stress he was going through. John’s overall thoughts were that he was unfairly judged and that the decision on his parole was already made before he went into the room.

Perceptual Positions is a Neuro-Linguistic Programming process for discovering different points of view on a specific situation. This process is used to help manage conflict with the self and others. The activity uses three positions; each position refers to a point of view.

John entered Position 1 and it started like any other day. He would describe the scene as though he were helpless to it, unfair judgements were made and he was the victim. George only knew a little about John’s past, including a robbery he had committed, a couple of footballers he had met and he would speak to George about missing his daughter. He knew John as a person who was going through a lot, with sharp banter and great calibration skills (from observations he shared about George and other facilitators). However, when John entered Position 2 George learned a lot more about him.

Position 2 – The Parole Board

Throughout this paragraph John is referred to as the Parole Board because that is the role he played in this seat. George asked the Parole Board to say what they thought of John. They said that John is an aggressive man with a criminal record that has 17 admissions to support their opinion and they do not think he is fit for release going by his past and some skirmishes that had happened recently in prison.

The whole room froze, this room would usually have people fidgeting with the odd whisper between a couple as they found it hard to hold focus their attention on one thing for too long but at this moment the silence was strong and the room was so still that a blink would be chaos.

The Parole Board went on to give further reasons as to why John shouldn’t be released.

Throughout this paragraph John is referred to as the Neutral as that’s the role he played in this seat, he will play the role as a passer by, someone who has no attachment to the scene that played out (between Position 1 and 2).

Listening to John talking about his unfair treatment and the Parole Board talk about John’s aggressive history, the Neutral was asked to give an opinion. The neutral understood both sides and believed that John still had a lot of work to do on himself and that the conclusion reached by the Parole Board was the correct decision.

The room is still frozen.

John had blown the room away! George was taken aback by his ability to take up the position of others whilst feeling so isolated, angry and mistreated. To strip the feelings and the lens that had taken years to create within an instance has been the biggest revelation George had seen when taking someone through an intervention. Not only because of what he shared but also from the place where he metaphorically shared it from, the parole room and the Parole Board. Two negative anchors so powerful that even when mentioned they triggered unconscious cues of discomfort, this was mind blowing.

There was a big shift in John’s behaviour from then onwards, he went for parole and was rejected but he took the rejection in his stride - something no one could have predicted because he was carrying out erratic behaviour in anticipation of the rejection. John was on the “ship out” list so two days later, his seat was empty because he had been shipped out to another prison.