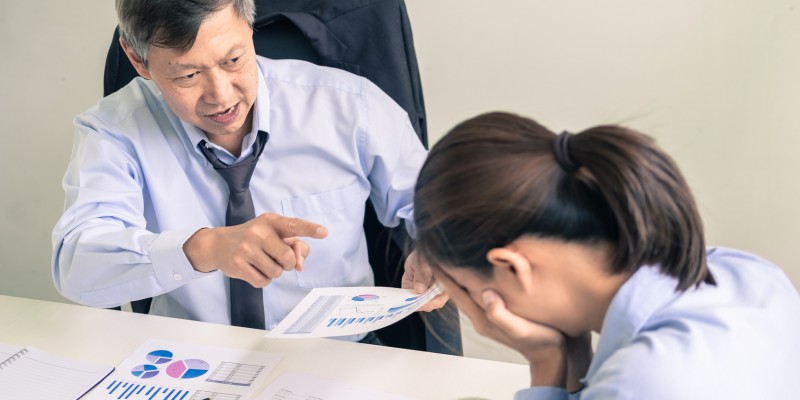 I had a client recently who was really ‘fed up’ with ‘everything’.

Turns out when we spoke some more that it was only really her work she was fed up with. Then it turned out it was one specific person at work that was the source of the problem.

That’s lesson one - we often have a really bad habit of over generalising difficulties so that, in our minds, they seem to cover the whole world.

Once we’d got to the source of the problem we discussed the her current reactions and how this difficult person behaves causes stress and anger to come up regularly.

The biggest problem she had in asserting herself with this person was that her state of anger was always followed by floods of tears. By that time she had no chance to assert herself and wasn’t in a very resourceful state to do anything to resolve things with the difficult person.

We then discuss what would be the ideal state to be in when she next found herself in that situation. Once we’d got that clear it was time to go to work.

So we worked through a few exercises and techniques which literally re-wired and re-patterned her brain so that instead of observing this difficult person's behaviour in future and her brain automatically responding with stress and anger, she felt a state of solidity, groundedness and confidence.

In this state she was able to stand her ground and express her displeasure at the difficult person's attitude and behaviour, without shouting or losing her temper.

This difficult person is one of those people with a dominating presence and is used to having power over others by intimidating them.

The misconception is that it’s the physical size that makes the difference, it isn’t, it’s their sense of control.

Once my client was able to demonstrate clearly and publicly that she was in control of herself and nobody else the difficult person really did not know what to do with themselves, they were in unfamiliar territory.

Once their strategy of intimidation clearly was no longer working, they had nothing to fall back on and could only stand there silently for a few moments before going back to work.