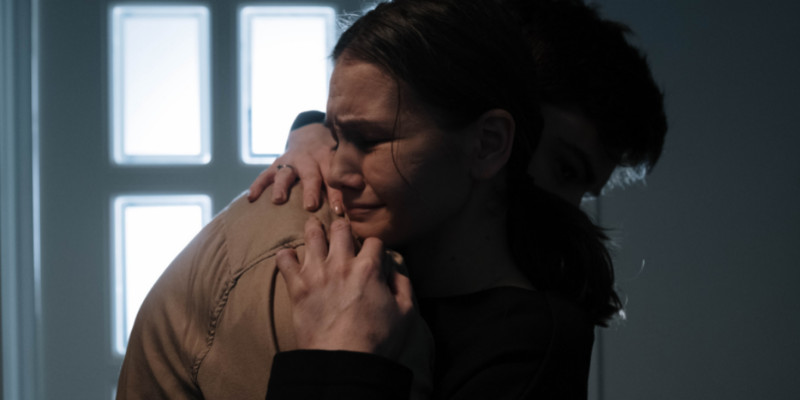 Unable to cope with the recent death of a loved one, the client found herself sinking in grief and unable to come to terms with what had happened. The more she tried to stay away from thinking about it, the more she was getting into it. She was losing her motivation in life to do anything. She was also now more fearful and found herself constantly thinking of what else might go wrong.

The client was unable to sleep at night as she was plagued by the thoughts of the final moments of her loved one. She had tried to distract herself by keeping herself busy or by watching videos. But by the time she came to bed, everything would flash in front of her eyes, thus creating an acute not-okay state, making it difficult for her to sleep.

Firstly, the client held a belief that one shouldn't cry. And that was making her bottle up her emotions even more. That belief was reframed since every emotion is valuable.

Secondly, the client was asked to recall what she loved the most about the person. Some great memories that she cherished. As she spoke about those memories, she started smiling and laughing at some of the funny incidents. She felt privileged to have had that person in her life all along. She had a sudden brain-wave that she should write about her experiences with this person so that the goodness can inspire others. She realised that she was only thinking of the last 2 days before death and forgot the entire life that the person had lived.

That reframe helped feel more lighter and gave a purpose to look forward to carry forward the legacy of her loved one. It was a one hour session and the client found herself no longer scared as she thought about the loving image of the person and the entire life that she had known.

The client said she suddenly felt very light-hearted, as if some huge weight has been lifted off her. She felt she was able to smile again and felt motivated to carry on with what she had to do.

She realised talking about her loved one really made her happy - that too, talking about the great times and the wonderful memories. She figured she didn't have to bottle up or avoid thinking of this person.

Until that point her son and everyone around her were trying to cheer her up. They tried their best to get her back to her spirits. Now she was up on her own two feet and she helped herself recover from her own health crisis much faster. She realised it gave her joy to talk about this person and her fond memories with them. She thought in the deceased person's shoes and heard what he might want to tell her. And she realised that death was only the end of the physical form of the person. It wasn't the end of the love that they had shared all along.

NLP Trainer and Psychologist from India