Client is finding it very difficult to set boundaries in situations or to put her point of view across in a conversation for fear of upsetting the other party.

This results in her own physical and mental needs not being met, i.e. someone at work would ask her to-do something and she would do it leaving her little or no time to do her own work knowing that there are other colleagues that could do it instead.

After she had done what was asked she was more stressed and frustrated that she not only said no but also if had said no could give a perfectly good alternative. For example there's 3 people in the staff room not doing anything, could you not ask one of them? Client has had therapy and is continuing to do so. So what is the goal?

Client decided that the goal is to set boundaries with others and to have the confidence to answer in a way that would meet her needs.

This challenge has effected the client in the following ways.

The first is that she feels anxiety in her chest causing a fight or flight response with heavy breathing. She also withdraws into herself going into a child like ego state. Physically she will shrug when talking about it and you can see the lack of confidence in her body language. Client mind reads and imagines a negative view of herself from other peoples perspective. An inner voice says to her "What must they be thinking of me"

When asked for examples, I notice the clients language towards herself being negative and at points quite subtle. She gave me an example of her own needs weren't met by giving her child the last biscuit from the packet even though she was hungry herself. She called it "A stupid example". I then shared with her that it looked to me like a mother putting her child first to make sure he/she wasn't hungry.

So what's the solution?

The first thing I did was to get her to be more self aware. More aware about her own body and its language and her mental language towards herself. When these subtle negatives are said in amongst a regular sentence to be aware of these instances.

The next thing was to disassociate from a past situation and look at it from the fly on the wall point of view. Once there she can have a more curious approach to all the emotions and feelings felt without them being overwhelming. This way she can approach it from the Adult Ego State and analyse the situation/big picture.

I also gave her the options of adjusting the size, colour, speed, volume etc of the picture to see what was clearer and more manageable. We then went onto making her aware of the anxiety and heavy breathing and to try and shift that into her diaphragm away from her chest.

The last thing we tried was The Circle of Excellence. This is a reminder of the strengths the client already has, anchoring each one along with a colour and then taking those to a future situation similar to the challenge.

The client found this a very positive experience. They slowly started to settle and become more relaxed, especially in The Circle of Excellence exercise. There were a few smiles when remembering back to a time when they were "confident" or had "challenged" someone. Shoulders back, chest out and nice relaxed breathing. 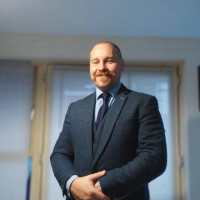