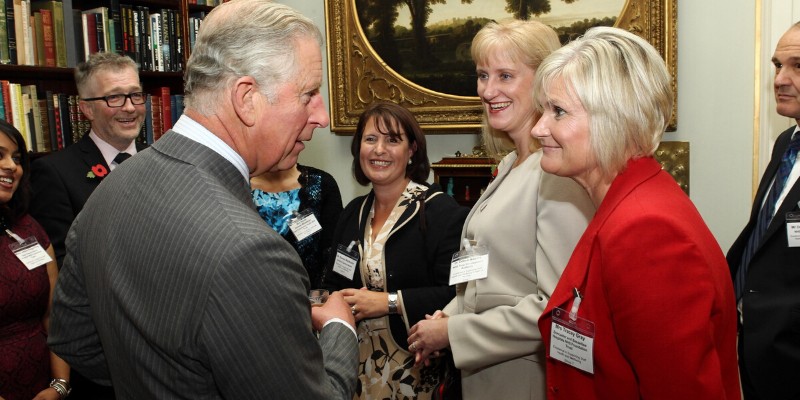 This article describes the work that took place on a busy acute medical ward within a large NHS Trust. For confidentiality purposes the Trust is not named. I am managing director of Inspirational Minds Limited and designed and led the intervention. The ward was failing on all counts with low morale,numerous complaints and behavioural issues that wereresulting in unsatisfactory patient experiences, increased sickness and absence, and high levels of stress and anxiety amongst staff. The work consisted of four phases, data collection and analysis, workshops, role reversal simulation and evaluation. The work made a profound difference and led to two prestigious national awards.

Imagine being a patient in the middle of the night on a busy medical ward, you are thirsty and in pain.

As you look around what do you see? Staff in conflict, rolling their eyes, being disrespectful about each other, patients and the organisation.

What do you hear? Raised voices, breeches of confidentiality.

How does it feel? You are scared to ask for a drink in case there are repercussions…eventually you pluck up the courage and press the buzzer….you wait and wait after what seems like hours a nurse arrives and sighs at you and rolls her eyes. ‘What?’ she asks. You ask for a drink only to be told, ‘For heaven’s sake there are people a lot sicker than you on this ward.’ The patient sadly died, something had to change.

This is an actual complaint and became the catalyst for the Matron to call for help from the Executives of the Trust. A four-phase intervention was designed with the full backing of the board and sponsored by the Trust Chairman.

The perception across the organisation was that this was a group of staff who were incompetent and lacked compassion and care.  The author was curious about what the perception was from the staff.  What had happened to create a group of people who had lost believe in themselves.  All 36 members of staff received 1:1 coaching.  During the coaching session each person had their values elicited within the context of what was important to them working their.  The purpose of this was to find common values that could lead to the creation of a shared set of ward values with associated acceptable and unacceptable behaviours.  A meta-program profile was also completed on each person to identify differences and to discover ways of celebrating the differences.  In addition they were all asked to identify 3 areas that would improve things and how they could personally improve performance in these areas.

The key themes identified from the coaching sessions were poor communication, people refusing to take responsibility and accountability for their actions and a lack of belief in their own ability and that of their colleagues.   The comments and examples from the coaching were used to create 2 NLP workshops and a role reversal simulation.  To improve clinical care the workshops ran parallel to training in clinical skills particularly around  Pressure area care, infection prevention and falls.

The workshops were compulsory for all staff and groups of people who had issues of conflict with each other were placed in the same groups to facilitate discussion and practice new ways of being.

Workshop one explored the NLP communication model, rapport, cause and effect and Perceptions.  They were interactive and resulted in lots of laughter and learning as individuals started to discover that they personally could make a difference.  Prior to the first workshop a common practice was at shift handover with comments such as ‘ it’s a battle field down there’ followed by character assassination of the people they would be working with.  The team decided to change this and introduced ‘high fiving’ and positive comments about each other with immediate effect.  This caused laughter and shocked reactions from fellow professionals who noticed the palpable difference in atmosphere.  The team discovered they actually liked each other and started believing in themselves.

Workshop two was dedicated to Values and did create a set of values that all of the team could agree on with the top value being care not only for patients, for each other and self as well.  A wall of pride was created where good practice, thank you’s and achievements were displayed.  Meta program profiles were fed back to the team and it was established that some of the core issues were not only lack of understanding about each others differences, also lack of understanding about each others roles.  This resulted in a project being developed to enable shadowing of each other to gain the understanding they needed.

The ultimate perceptual positions workshop, the data from complaints was taken and using a group of actors (well family and friends!!!) the staff became the patients and the actors became the staff so that they could experience what the patient had been through in their care.  This was followed by an in depth debrief with profound and lasting learning’s.

Each workshop was evaluated immediately with measure put in place to ensure that the behavior changes continued.  The author personally introduced ad hoc positivity rounds, which consisted of dropping in to the ward unannounced, and checking they were still on track.

The best result of all was unquantifiable it was a team of people who had their belief back with patients benefitting by improved experiences.

The most challenging part of change interventions s sustainability.  To address this member’s of the ward team including the Senior and junior Sister and the matron trained as NLP practitioners and coaches.  All new members of the team attended the Trusts 1 day Introduction to NLP to sustain the effective communication as part of their induction.  Since this intervention 6 staff have been promoted, and during a major re-organization the ward now no longer exists.  The individuals continue to use their skills and are an ongoing positive influence in the areas they work.

National recognition was achieved by winning the Nursing Times Award for Excellence in Staff Health and wellbeing which included a reception at Clarence House with HRH Prince Charles and the Training Journal Award for Best Organisational Development Programme.