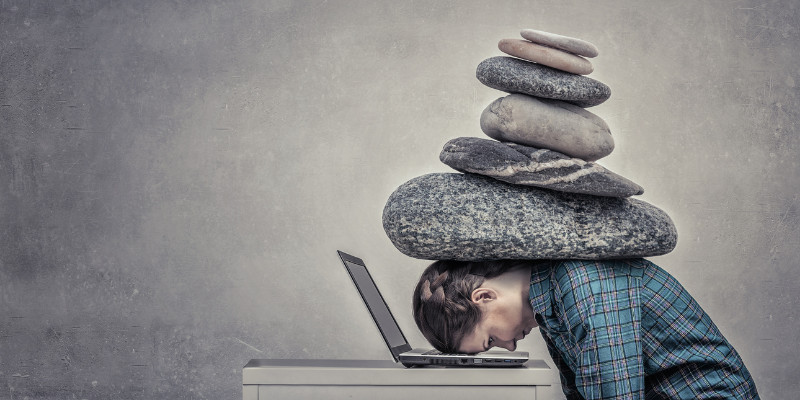 (To protect my client’s confidentiality, I will refer to her as G.)

G was Managing Director of the Family Business – in the restaurant trade.

The business was successful, and G was ludicrously busy, hardly able to draw breath!

She enjoyed her interactions with people but there was ‘far too much’ of everything!

She lived in a constant state of emergency, sometimes quite enjoying the adrenaline rush as she solved problem after problem!

Her parents, although technically retired, had always been devoted - both to hard work and to their business, even now when that devotion was more of a ‘hobby’.

G was starting to feel trapped and resentful.

A wayward teenager, she was still ‘proving herself’ to Mum and Dad!

She had ‘nobody to talk to’ about the business, as her parents were ‘fixed’ in their attitudes and opinions (even though 'retired'), and the ‘Happy Family’ nature of the business was part of its attraction for both staff and customers, so G did not want to do anything to disturb that reputation.

It was often exciting and rewarding work, but G’s energy was becoming depleted, and she asked me to help.

We worked on Purpose, Direction and Decisions – for G herself, not the business.

Meeting face to face first, over a couple of consecutive days, we then moved on to regular phone calls.

Using Time Lines, Reframing, Logical Levels, Chunking Up, Coaching (picture) cards and the Walt Disney Strategy, we ‘made some space’ and explored new perspectives for G herself, including a thorough investigation of whether she wanted to continue in her current role, or even in the business at all.

We also used 'Reimprinting' to gain new perspectives on her parents and her younger self.

G decided that she did want to remain in her current role.

Our calls were once a week at first, then once a fortnight, then once a month. This has happened gradually over a couple of years. And the business has increasingly formed a larger and larger part of those conversations.

G began to prioritise some of the sporting activities she'd been neglecting.

She's also developing 'side projects', based on her own very particular interests.

G has been able to accept that her parents will never truly retire! And that it's not her job to please them!

She is no longer considering giving up the business and taking another job.