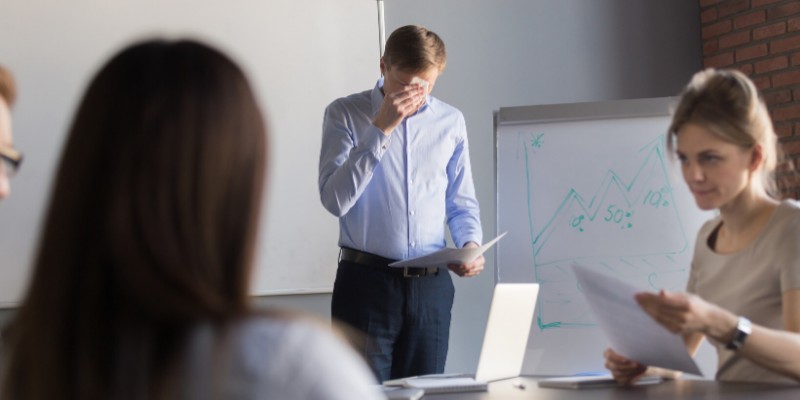 John described himself as having suffered with anxiety all his life. He had returned to work after an extended absence with depression and was working hard to look after his mental health. This included getting involved with a staff network to offer peer support on mental health. The network was struggling and needed revitalising with infrequent meetings and poor attendance, and John joined the steering group to help, but he was going to need to present to the group, and felt sick at the thought. He had been through various counselling for his anxiety and depression, tried CBT, and had made some progress with Transactional Analysis.

He was passionate about revitalising the group, and knew that he would like to share some of his experiences with them. He had learned the importance of talking, and sharing, but could not face talking to a group. Not even a small group. He felt sick at the thought. His mouth went dry, he was so shaky he didn't feel able to stand up to present. John couldn't recall a time he had ever been able to talk to a group as the presenter. He knew his career would benefit, and most of all he really wanted to be able to provide some real leadership with the small network.

So we took a look at what he believed, and the triggers for the panic starting to rise, all the way through to visualising the presentation itself. In the first session we did some work wobbling the limiting beliefs, some balanced breathing, and a confidence building circle of excellence, which he chose to carry around as a halo. When we met again the following week he had advertised the presentation he wanted to give on Eventbrite, and set up three sessions for people to attend in a few weeks time. So in the second session we moved quickly on to working on the Trainer state, charisma pattern and some basic spatial anchors. And just a little check that his halo wouldn't slip!

After John delivered the first of his presentations, he got in touch to let me know it had gone well, and that based on some feedback he'd made some changes so it would be even better next time. Six months later he hosted the network conference, attended by over 100 members who were regularly attending the network sessions, and looked like he was made for the stage. He is regularly commended for his light hearted and confident presentations, and now producers a podcast every week talking about mental health issues. Not surprisingly, a few of those have been on the many benefits of NLP! 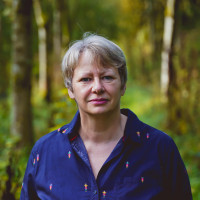