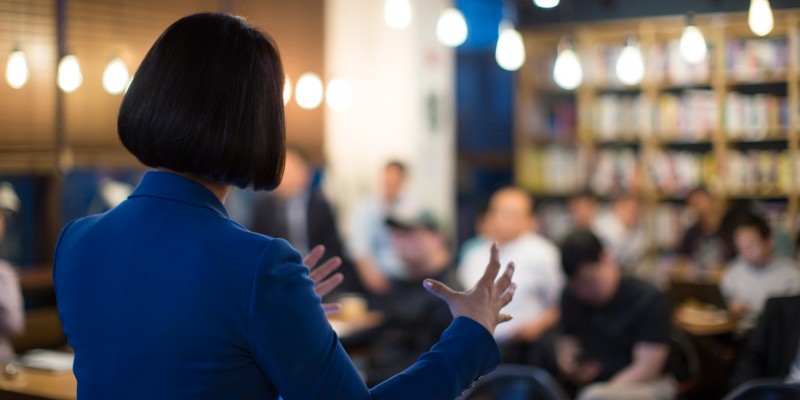 Sandra knew she was highly competent in her role and feedback from her company was also great. BUT, she had such a block around doing presentations, it was enough to put her off applying for the promotion she so dearly wanted and richly deserved.

She had got as far as applying twice, but once withdrew her application after she was shortlisted; terrified at the thought of having to deliver a short presentation at interview. And the other time, became so panicked in the ten minutes before her presentation, that she almost fainted and then did not do herself justice.

Sandra said, “I know I’ll never get past this lack of confidence and it’s stopping me doing so much now. The worst thing is I think it might rub off on my children when they need to present confidently as they start applying for jobs. Every time I even see a post advertised that I could do really well, my mouth immediately goes dry, my heart starts pounding and I feel sick – it’s enough to make me want to go and hide! I’ve tried presentation skills courses, CBT and hypnosis; if this doesn’t work I may well give up.”

Sandra came to me three times. After the first session, she had realised that her previous pattern of panic and lack of confidence for presenting came from one piece of crass feedback. We used a mixture of NLP techniques: time code interventions; anchoring and belief change along with some mBIT Balanced Breathing. By the end of the third session, Sandra had transformed her confidence and even looked physically taller and more relaxed. Sandra is no longer at the whim of a previous bad experience; she has put herself back in the driving seat of how to be and feel.

Less than a month after our final session, Sandra emailed me to say she had applied for a position in her company and although she was a little nervous, she really felt calm and equipped to do a great presentation for the interview. Now, Sandra is able to keep herself in the present moment and does herself justice; in case you were wondering…yes, she did get that promotion! Sandra’s text ‘wowee, I DID it!!! Thanks so much for helping me to be the me I always knew I could be – I feel like I’ve been set free to fly!’