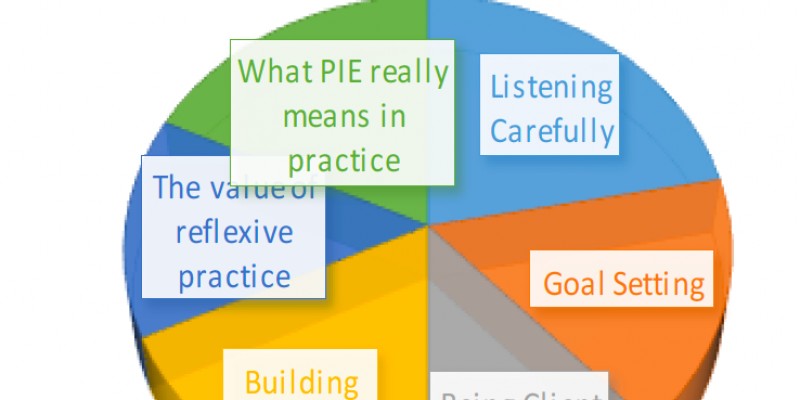 Homelessness increased by 28% in Britain over the last decade, with the Third Sector working tirelessly to develop workable solutions to the complexities of the issues. Many homeless people experience repeated trauma, and have/develop complex needs involving mental health issues, sometimes dependency issues. Budgets in the sector are notoriously erratic, which means that strategies are often seeded on precarious ground, being pulled with little or no notice. Staff are supporting highly vulnerable people, engaging with people in chaotic patterns, supporting them practically and emotionally, sometimes dealing with aggression and abuse: sometimes with the impact of death and other acute trauma. Often their contracts are insecure. Additionally they become frustrated by the demand for statistical evidence required by funders, i.e. how quickly are people moved on, rather than longer term indicators of sustainable change. In Greater Manchester, a collaboration of concerned agencies was created to satisfy an intention of being more effective. To date, training had revolved around the outcome star, with some success, yet there was a gap. Additionally, there was not always full interagency trust or co- operation. The challenge was to find a difference that would make the difference.

Services and employees often felt overwhelmed. When pressures grew, it was common for staff to feel out of the loop of decision making, echoing the helplessness of their service users. This made for internal distrust and division, and was inhibiting the most effective cross agency collaboration. Debrief, supervision and training was often haphazard, something that only happened if there was time. Some staff therefore did not have the right skill set and/or confidence at times. Not surprisingly, staff morale and retention was an issue. User groups were sometimes moved on too soon if short term number counting wins over long term change. Many service users were getting trapped in a revolving door pattern, and recognisable recovery was hard fought for. Staff were frustrated as they could often see what difference could be made with more resource and skills. There were great strengths in many of the teams, the perceived mismatch was often between what staff wanted to make possible, and the frustrations of bureaucracy. This showed in the language of ‘us’ and ‘them’. Ultimately, the service users were missing out, staff were burning out. This had to change.

The client commissioned us to train 48 cross-agency workers in the principles and skills of the Psychologically Informed Environment (PIE), a specific framework developed from this this sector, and a game changer. Our eight-day training programme, previously employed for one of the organisations, is blended from impact psychology and NLP, with potential for successful delegates to gain a foundation Certificate in Coaching. Groups were diverse in nature and learning styles. Some highly educated people from professional backgrounds, some people who had transitioned from users to staff, for whom traditional ‘training’ was an alien environment. Being able to work across this diversity was vital to its success. So our NLP knowledge was not only essential for the content of the training, also for the delivery. Rapport was crucial, our ability to calibrate to individuals’ states, linguistic preferences, meta programmes, and learning styles. We always used two trainers, both with extensive hands on experience, qualifications in psychology led professions, and NLP certified Trainers. We ensured that all our materials and assessment processes were designed in multiple forms encompass different learning preferences and educational standards.

Every delegate evidenced the required standard. The course was rated 97% on the Kirkpatrick Scale Level 2, (skills improvement), with anecdotal evidence of success at Level 3, client outcomes. The joy was twofold. Not only had delegates become more skilled and resilient:,for those who had no previous educational success, this was a huge achievement. In the process, they had learned about rapport, calibration, language patterns, TA, problem solving, you name it. Morale increased by a reported 100%, alongside skills of: Rapport building Effective listening Facilitating client centred well -formed outcomes Mindfulness Reflexive practice Challenging effectively Maintaining personal states At the very end of the programme, the funding for this collaboration was lost. One year later, in the freezing January of 2018, a senior manager e -mailed to say that they had had to find an emergency housing solution for 30+ rough sleepers, in one week. She wrote that the team spirit and ethos had been superb, mission accomplished, writing ‘Thankyou, we would never have been able to do this in this way without the PIE training.’ This was a privilege to deliver. We continue to receive feedback and engage in similar work with units from the collaboration.