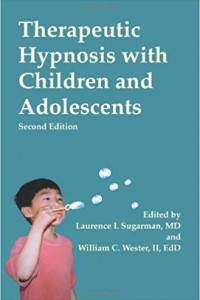 In this completely revised, updated and expanded volume, the editors have brought together some of the field’s most outstanding contributors to examine the wide-ranging applications and promise of the use of hypnosis with children. The book develops core principles of clinical hypnosis with children and adolescents and each contributor delineates how they apply these precepts in a range of psychological and medical settings. The result is a constellation of perspectives and clinical applications that move the reader beyond literature review to practical advice.

Parts 2 and 3 illuminate key psychological and medical applications of hypnosis. In the psychological realm, trauma, habit disorders, somatoform disorders, depression, anxiety and behavioural disorders are scrutinized. A particularly original chapter explores the use of clinical hypnosis with the family as the patient. The medical section describes the integration of hypnosis from acute care settings to the operating room; in pain management, chronic diseases, elimination disorders, recurrent pain and palliative care.

Throughout the book, clinical vignettes draw the reader into the hypnotic encounter while supportive evidence, strategies and caveats provide insights. This unique combination of literature review, diverse clinical perspective, and ‘how-to-do-it’ clinical integration makes the second edition an essential book required on the desk of all clinicians who strive to build person-centred, creative, mind-body therapies into their clinical care of children and adolescents. It will be of immeasurable value to both the experienced clinician and the beginning practitioner.

The Rapport Review
by Cameron Bradley

A Categorical Resource for Hypnosis with Children

Therapeutic Hypnosis with Children and Adolescents (Crown House Publishing) has a wide enough scope to give the reader referable resources for years to come. If one were to work with children and/or adolescents this comprehensive co-edited collection, would undoubtedly show the condition of recurrent use compared to others on the shelf: this book provides basic forecasts for to prepare those starting out with the diversity of “psychological application” (which the second section of the book generously accords). Hypnosis applied to habit and behavioural disorders, depression, childhood trauma and anxiety in children are examined and examples and clinical vignettes are fully provided for—this section alone justifies the books price-tag. The introductory first part of the book is thorough and includes induction and intensification techniques. The third part of the book explores the medical implications for professionals operating in acute medical and clinical settings. Part three enters a higher level of specificity and diagnostic focus that may, at first glance, appear to preclude the non-clinician unacquainted to the emergency department or hospital bedside. But this is not the case. Indeed, there is much to be learned from these chapters. It can be argued that a non-medical hypnotherapist working with children and adolescents will likely in their career come across something that intersects with perioperative needs, recurring pain, chronic disease, elimination disorders and even palliative care. This book would prove invaluable, should such a situation arise.

Hypnosis is so good for you!

This was an illuminating read, not only on working with children and adolescents, also on the theme of hypnosis generally. I offered to write the review as I train social workers who want to take a more coaching approach to working with young people. I’m also a certified trainer of NLP, not specifically trained in hypnosis. These are my perspectives.

Like the first edition, this is eminently readable, and extremely thorough, drawing on a wide range of expertise and illustration. I found myself reading it almost as a novel, while inevitably spending longer in some parts than others. It is stimulating and comprehensible.

The editors introduce the book by relating the theme to context, suggesting that children are eminently open to suggestive work as they are often naturally entranced, and, unfettered, tend to have the capacity of vivid imagination. Sugarman & Wester suggest that trance is a `neurodevelopmental imperative that occurs without hypnosis’ (p.7) and they are keen to differentiate it from hypnosis. They offer an operational definition of the latter as
`the purposeful utilisation of these unconscious processes called trance for an expressed purpose with or without conscious awareness ‘p.7.

Given that children are in constant process of psycho-physiological change, they are often open to hypnosis when the practitioner is skilled enough to create the utilisation.

The authors locate the whole practice within an ethical and professional matrix where it is the hypnotist who needs to work on putting him/herself in the appropriate state to create a working alliance. Purposeful hypnosis is located within a matrix of communication skills, strategies, and purpose.

Sugarman and Wester emphasise that this purpose be patient centred, and offer a welcome developmental framework of hypnosis. They contrast the `vessel’ approach to hypnosis, where the patient is `put under’, with the more elegant and ethical means of pacing and leading so wonderfully pioneered by Erikson, utilising the patient’s own resources and frameworks. Thus whatever the patient brings to the work is both essential and sufficient for change. Having picked up fallout from inept `vessel’ type hypnosis, where clients have made hasty decisions after one `regressive session’, I welcome this emphasis. This book is all about the engagement and empowerment model, how to playfully work with the subconscious with creativity and innovation.

Part One proceeds with elegant offerings of induction approaches and hypnotic techniques which furthers the above propositions. It is straightforward, outlining the changing nature of the form of imagination through a lifetime, moving through the childish notion of the imaginary friend, to reliving childhood memories, creating sexual fantasies, planning our futures, planning for retirement. I like how this stimulates ideas for where the client’s imagination might be focused at particular points, not as a constraining protocol, more as a reminder to think widely of what fantasy and imagination might mean.
Part Two focuses on contexts within which hypnosis has been used with children and young people, ranging from chronic illness, war trauma, developmental issues, anxiety management, acute pain management, you name it, it’s there and there are copious well written case histories, careful admission of where there is not yet evidence, a very honest and informative approach.

I was particularly struck by the pragmatic consideration on working with those who are labelled within our statutory systems, such as Attention Deficit Hyperactive Disorder, Oppositional Defiance Disorder, Conduct Disorder, Autism Spectrum Disorder. Taylor & Sugarman propose that we need to use language which `assigns maximum positivity (p.297). They propose the term `difforder’ rather than disorder, a term which recognises difference rather than judges as lacking. Currently, there is a danger of associating children who are finding difficulty in their worlds with very negative connotations. They suggest `(the) essence of therapeutic communication is the expression of greater faith in others than they may have in themselves’ (ibid). This blend of the simplest rules of effective communication, the principle of ethical respect, alongside the more detailed case histories and deeper inductive work is blindingly refreshing. There is a very exciting suggestion regarding how hypnosis might help work with Conduct Disorder, a `condition’ which is increasingly thought to have an epigenetic element. There is an excellent case history illustrating how hypnosis helped a young girl, Lilly, on the Autism Spectrum, to reduce anxiety. There is the reminder that where we find `resistance’, we need simply to take it as a sign that something is being missed out.

What else might I say? I would recommend any student of hypnosis who is working with children and young people to read this book. It is theoretically and practically evidenced and inspiring, and an excellent resource. I leave you with the final thoughts from contributors Kane & Liness, that hypnosis can and does violate physiological knowledge, in other words can defy what we think we know.

`That’s why hypnosis is so good for you. Once you…set aside your assumptions that you know how the world works, then it opens a great many things to you as a person, in order to believe in the things that other people can do.’ Kane & Liness (2004), p. 323.