As a senior leader in charge of behaviour in a secondary school, I would often find myself called upon to deal with a situation where a young person would not do as they were asked. Prior to learning NLP, this would be a battle of wills, or a drawn out act of compromise.

This was a time consuming activity, often full of conflict and one party always felt unsatisfied. Also it would generate paperwork if the situation escalated or couldn't be resolved and the situations causing concern were often leading to loss of learning time for the students and creating a sense of disorder in the school.

Situation 1 - a student had refused the instructions of several members of staff to go to his lesson and was roaming aimlessly around the school.

Situation 2 - a student was refusing to wear the school-provided footwear yet again when she arrived at school in her preferred choice of trainers knowing the school rules.

Student 1 need very few more questions to assess his options and just put his hands together, said 'fine' and marched off to his lesson.

Student 2 thought through her options using the questions asked, put her hands together, swore and said, okay I'll wear them. I don't know what you did but I'll wear them.

Student 1 - stayed in class without argument or disruption if without much work. The teacher was able to have a more detailed conversation later and he continued to attend.

Student 2 - continued to comply with school uniform rules because she was wary about how I had got her to do what she knew was the right thing to do even when she didn't want to do it. 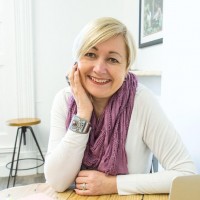 I combine my passion for NLP, education and empowering women through coaching, mentoring, bespoke training and Certified Practitioner Training.