Mark Woodhouse is an ANLP Accredited Trainer and is an experienced consultant, trainer, coach and mentor and Director of Performance Learning & Development Ltd. 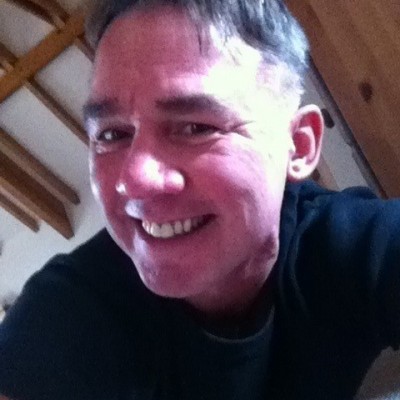 Mark Woodhouse is the NLP Specilaist Envoy for the Ministry of Defence (MoD).

Mark Woodhouse is an ANLP Accredited Trainer and is an experienced consultant, trainer, coach and mentor, the Director of Performance Learning & Development Ltd and the founder of Performance People. Whether working one-on-one, facilitating an executive team or communicating with a wider audience, his open and immediate style helps people raise awareness, generate responsibility and take real action.

Mark has a BSc (Hons) in Sport Science, an MSc in Organisation Development and Neuro Linguistic Technologies, a PgDip in Coaching & Mentoring Practice and PgCert in Post Compulsory Education, and is currently completing a DProf in Elite Performance. And as a dedicated scientist-practitioner, is a creator and communicator of mental models and metaphors with which to help individuals, teams and organisations, unlock their people potential and maximise their people performance.

Before founding Performance People, Mark is proud to have served 13 years in the British Army with the Royal Electrical and Mechanical Engineers (REME) and the Army Physical Training Corps (APTC). And upon leaving British Army, enjoyed positions as a programme director and vocational trainer with Premier Training before starting his own consulting company. In quieter moments, Mark enjoys reading, gym and the Great Outdoors. And in louder moments, custom motorcycles and Rock & Roll music.

Performance People are a niche consulting company: passionate about people and dedicated to people performance. As specialists in the areas of performance, learning, communication and change, they offer a powerful range of solutions and services with which to help organisations unlock their people potential and maximise their people performance. They work within a number of business areas, with people at all levels, and have long-term consulting relationships with a wide variety of clients.

Performance People have worked extensively within Defence on a variety of MoD contracts to become respected Subject Matter Experts (SMEs) in the areas of Evidenced Based Coaching and Mentoring, Values Based Leadership and Organisation Development, and established consultants of choice. As ex-Servicemen themselves, they have a true understanding of the Service mindset, a great respect for the Service ethos, and a real passion for helping Service people get the very best from themselves.

Mark’s entry into the world of Neuro Linguistic Programming (NLP) began in 2002 whilst delivering a coaching course on behalf of a corporate client. At the time he had never heard of NLP, but after overhearing two delegates debating its relative merits from multiple perspectives – and how it seemed to be either loved or loathed – he was curious to find out more. And after reading a few books, and being somewhat sceptical, attended a one-day Intro course.

Practitioner and Master Practitioner with Tad James and David Shephard, then Trainers training with Wyatt Woodsmall, followed in quick succession between 2002 and 2004. These courses augmented by NLP Conference attendance, further NLP trainings with other great trainers too many to mention, and his own research – putting theory into practice – continuing to present day.

Throughout, Mark acknowledges NLP as giving him so much, not least the attitude and a methodology with which to design, develop and deliver his own toolbox of tools and techniques: Attitude Change Technology (ACT). At the same time, he has always recognised the importance of giving something back, which he is privileged to do so now as the MoD Specialist Envoy.

About the MoD: Ministry of Defence

The Ministry of Defence (MoD) is the British government department responsible for implementing the Defence policy set by Her Majesty's Government and is the headquarters of the British Armed Forces, which includes the British Army, Royal Air Force, Royal Navy and Royal Marines.

Throughout, Mark has been proud to position NLP – positively, powerfully and professionally – as an ethical and evidence-based approach with which to help communicate effectively and influence with integrity. And as a framework for personal, professional and organisation development, to support leadership development, guide training transformation, and help Defence develop itself as a Learning Organisation.