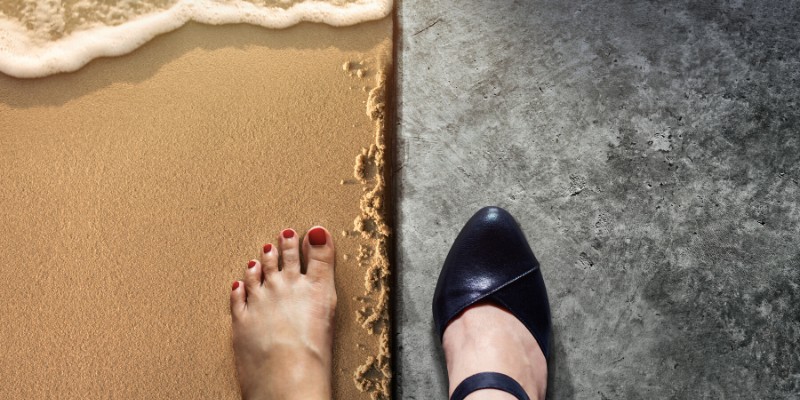 Sally is a Senior Sales Manager. She enjoys her work and has an impressive track record of achievement. She came to me because, in her early thirties she began to be aware of a conflict between her career goals and her personal desire for marriage and family life. She had always assumed that she would get married and have children, but started to realise that for a long time she hadn't even met a man she was attracted to, and that it was possible that she would never have the family life she wanted.

This had become such an issue that it was distracting her from work and causing further frustration. The idea that she might have missed out on marriage and children because she had devoted so much energy to her career was distressing to Sally. She became disenchanted with the job and resentful of the demands of her boss.

We worked through a programme, which focused on Sally’s personal values relating to work and to family life. By looking at her values and the associated beliefs, we were able to build up a picture of what was driving her actions and where her motivation came from.

This kind of work can be quite intense and so, for a change of pace, in one session, we switched our focus to one of her other goals, which was to lose some weight. As we explored some of the factors involved in over-indulgence in food, Sally related a story about the way her previous partner had criticised her for cooking over-large portions. I asked her a question about her response to that, and she replied, "Well, there's always someone trying to control you, isn't there?"

This remark, an expression of a very long-held limiting belief, proved to be the key to unlocking the breakthrough for Sally. When it was removed, she found she had much more choice in the way she related to other people, both at work and in her personal life.

By identifying and resolving conflicts in her values she was able to create a congruent plan for the future and stop worrying. Within days she was totally focused at work again and enjoying her leisure time much more. Within 3 months she was promoted. She lost her excess weight. A year later she was also in a relationship with the man who was to become the father of her two daughters.